What you can control

When you’re selling sponsorship — or anything for that matter — there is much you cannot control. But there is plenty you can.  Why not take control of these things to tip the odds ever in your favor. Read more →

Last month Philadelphia Magazine published an article on the apparent demise of a beloved and significant bicycle race in Philadelphia that had been on international calendars. The story recounted in the magazine is problematic for several reasons, but here's the main one. Read more →

Up your game: improve your performance to succeed with sponsorship

High performing organizations and individuals have a competitive advantage over low performing ones. Considering the competition that your organization faces for sponsorship dollars — and not just from other nonprofits or associations — upping your game will make a difference between mediocre and meteoric results. Read more →

A Wall Street Journal Blog, Market Watch, posted this Q&A with George Hamilton, the executive in charge of Dow Chemical's Olympics sponsorship. It's an interesting perspective on how Dow is using the investment for B2B, CSR, and PR purposes. Hamilton predicts $1 billion in incremental business from the partnership. Read more →

NBC created an app so fans and followers could tune in in real time, space-time coordinates be damned. Cool idea, right? When you find the app on Apple's App Store, you might notice the user ratings and that they skew to the poor end of the rating scale, by about 2:1. The first version has 2,783 one-star reviews, with 1,252 five-star ratings. The new version, out since August 1, has a comparable ratio: 535 one-star vs. 309 five-star reviews. I don't know about you, but my curiosity was piqued. "Messy mess of nothingness." --upstatenyguy It seems like NBC launched the... Read more →

2012 Olympics Sponsorship: the good, the bad, and the ugly

The Opening Ceremony of the 2012 Summer Olympics kicks off today, and let's hope the spirit of the Olympics kicks in. As you may recall from your world history lessons, the original intention of the games is for the world's nations to set aside strife, come together in peace, and celebrate human achievement. From what I've read, these games have seen lots of strife, sometimes from the International Olympic Committee (IOC) and the London organizers themselves. A few highlights: McDonald's and Coca-Cola have come under attack for sponsoring the athletic event because of the obesity problems that many countries face.... Read more →

You know your sponsorship program is either really good or has taken over your organization when the cartoonist at your daily newspaper weighs in. Thanks to Lynne Popash,Executive Director of Partnership Development at VisitPittsburgh, for sharing Post-Gazette cartoonist Rob Rogers' commentary on the Pittsburgh Penguins' success at the Consol Energy Center. Read more →

More on P&G and the Olympics' "Thanks, Mom" sponsorship and campaign

As a follow up to my post the other day, you may find this interview with P&G CMO Marc Pritchard of interest, particularly the internal process when the campaign and sponsorship were in development. Nonprofit and other sponsorship seekers, take note. To really make the partnership of value, building support and integrating the promotion corporate-wide, requires a long lead time. P&G is already working on its tie with the London 2012 Olympics. Also, check out this video and blog post about Visa's strategy and focus on measurement and ROI. Read more →

We're 30 minutes in to the Opening Ceremony, and so far, I'm not terribly impressed. And that disappoints me. No "wow." Very soft opening. All very tepid. Nice color schemes. The athletes look so very happy. And I'm so glad the native peoples have such an important role, which I hope was a sincere gesture. NBC's coverage is really tedious however. First of all, shut up, announcers. We can see what's happening. Stop the back stories. And stop cutting the camera work in MTV-fashion. It's like dance on televsion; you miss the big picture. I'll hold my overall judgement, but... Read more →

#Olympicsponsorship: A primer on the Olympics sponsorship

You may find this short primer on the TOP sponsors of value before we kick things off tonight. Half of the income for the Olympics comes from television broadcasting (thanks, NBC) and about a third from sponsorship, particularly those in the TOP program. So drink some Coca-Cola, and remember, only Visa. That said, Vancouver needed a bailout. Sponsorship was down this year. Read more → 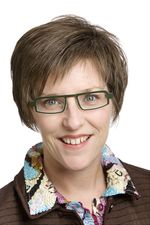