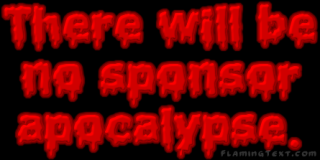 Do a search and if there are stories about corporate sponsorship and certain areas of our culture — particularly municipalities, education, and parks, nature, and the environment — there will be handwringing, anxieties, and panic among the citizenry that the world is coming to an end.

That world is black and white, on or off. No gray, no dimmer switch, no continuum.

Fuel for the sponsor apocalypse

Fueling the anxieties are some reporters who imagine sponsorship in worst-case scenario terms. Take, for instance, a recent story in The Washington Post, with the inflammatory title, “Yosemite, sponsored by Starbucks? National Parks to start selling some naming rights,” about a change to the National Park Service’s policy on recognition to corporate donors.

She quotes Jeff Ruch, executive director of Public Employees for Environmental Responsibility (PEER), a watchdog group doing very important work and strongly opposed to the policy shift, who imagines Old Faithful sponsored by Viagra, the Lincoln Memorial by a hemorrhoid cream, and the Statue of Liberty by Victoria’s Secret.

While these speculations and sound bites make for some tittering and provocation, they sure aren’t serving readers.

You’ll note that the reporter quotes not one expert on corporate sponsorship, including an actual real live sponsor. Clarification and commentary I offered in the form of a letter to the editor, to my knowledge, remains unpublished.

So let’s set the record straight. First, everyone, you will be happy to know that so far, no sign of the apocalypse. On my recent trip to seven different national parks and monuments this summer, this lonely soda machine on a sidewalk near a motel at the North Rim of the Grand Canyon is about the only corporate intrusion I saw.

Here are two other instances of corporations. 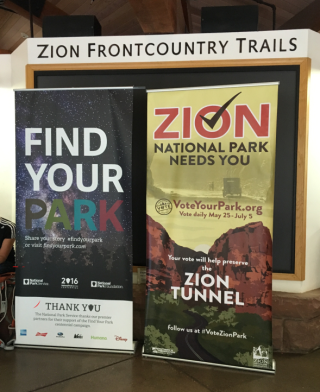 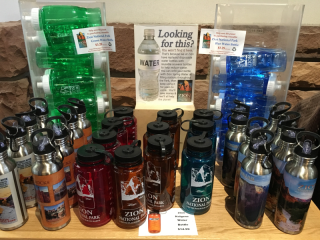 If your community is wringing its hands, fearing a sponsorship apocalypse, here are a few things you can learn from this Post article and that you may want to consider.

Many nonprofit and corporate leaders and personnel do something the Washington Post author has done: conflate corporate philanthropy and corporate sponsorship. They are not the same thing.

If you are receiving a gift from a corporation, do provide recognition, but not a full menu of marketing value unless the company pays for those rights. If the National Park Service receives a contribution for naming rights for an auditorium at one of its parks, it is not obligated to — and should not — plaster the corporation’s logo all over the park. The National Park Service’s policies are spelled out in its 33-page guide, including separating donor recognition and sponsorship value (Section 8, lines 1022-1030).

Sponsors are not waiting to take over the world.

Most executives select their causes and events or festivals very carefully. They deploy the marketing medium when it makes sense strategically and when an opportunity fulfills business goals. Sure sometimes, too, someone’s ego gets involved, but for the most part there’s a method to the selection process.

Here’s what they don’t want to have happen:

Consider a current example: the last two weeks’ U.S. political conventions. The Republican National Convention had a difficult time securing sponsors. Perhaps the contentious tone and divisiveness posed a risk to corporations. Perhaps businesses with diverse employees and customers did not want to be aligned with the offensive, xenophobic climate of the Republican candidate’s campaign. Some speculate that a domino effect caused the Democratic National Convention to face challenges acquiring sponsors who want to present even-handedness.

According to news reports the last couple weeks, the DNC was staying mum on its supporters. However, at least two sponsors — Comcast and AT&T — were boasting their involvement proudly. 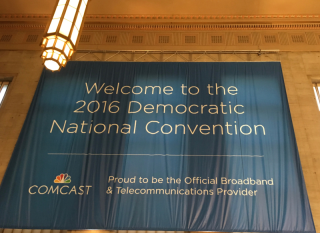 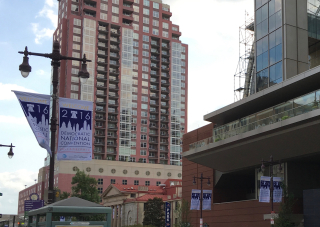 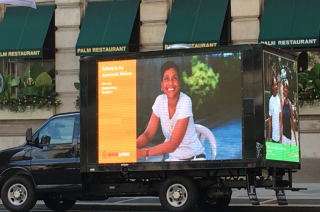 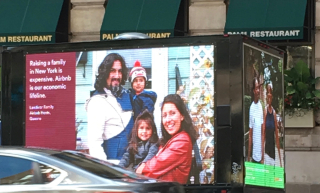 Another company, Airbnb, was either a secret sponsor or doing a little ambush marketing to reach policymakers staying at this hotel or eating at this power steakhouse. This campaign on an electronic truck features Airbnb hosts calling the service their "economic lifeline."

In the case of the parks, the National Park Service would bear the burden of proof that they actually attract Starbucks coffee drinkers and hemorrhoid cream users, using the Washington Post’s examples. If your event, cause, or initiative doesn't reach the same audience as a corporation’s, at the most fundamental level, you’re simply not a fit.

Own the driver’s seat.

At the same time, you’re in control. You would neither solicit nor agree to accept a sponsorship investment from a company that was not in alignment with your brand, mission, business goals, etc. You would create policies that guide your staff and the organization on acquiring these business deals with companies that worked within your culture. (Same is true for corporate philanthropy, by the way.)

And here’s the thing. When you work with partners who are the right fit, based on your policies, your strategy, your mission, your goals for your event or program or organization-wide, you’ll achieve success for your organization, for your audiences, and for the sponsors.

Otherwise, you’re leaving a pile of money on the table and diminishing the value of what you have to offer.

Focus on your ecosystem.

Your organization is part of an ecosystem and presumably that ecosystem includes corporations. Wouldn’t it be swell if they could play a meaningful role in your event, program, or organization?

What if we tried to re-imagine the National Park Service with corporations that are in alignment with the mission of our park champions? What if sponsors of the parks attracted more Americans and world travelers to experience the spectacular scenery and natural phenomenon in the park?

For example, what if Patagonia — avid environmentalists who encourage you to send your Patagonia products to them to be repaired before buying new items — became a sponsor?

What if water bottle company Nalgene, with its Refill not Landfill campaign, became a sponsor? Or how about Nature’s Valley granola bars? Or what about Toyota Prius and the manufacturers of other electric vehicles?

See, now sponsorship of the parks doesn’t sound so scary. These are companies aligned with the National Park Service’s vision. These are products that many of us use or eat or drive in the national parks.

(Hmm, come to think of it, perhaps Viagra and Victoria’s Secret would be a good fit. Just kidding! Relax.)

The point is making a decision to incorporate corporate sponsors into your organization means that you have lots of other decisions to make about how, where, which, and when sponsors would be appropriate.

Corporations are not parked outside your doors ready to take over. There’s a wide expanse of gray between those black and white positions of having or not having sponsors. You have the ability to say, “no”; to manage partnerships properly and strategically; and to dream big about what would make the partnership super successful for your organization.

Let’s stop with the scary idea that a sponsor apocalypse is around the corner. But while we’re on the topic of scary occurrences and our national resources, there is something that  seems scarier than a Starbucks at a national park visitor center: logging trucks driving out of our national forests.

Update: Thanks to Marci Mowery, president of the Pennsylvania Parks and Forests Foundation, for recommending the book The Big Burn by Timothy Egan to educate me on what scares me. Stay tuned.