The Nonprofit Quarterly published a well-written article by Mark D. Klimex and Jeremy J. Schirra about the legal considerations nonprofit organizations face when embarking on corporate sponsorship. Take a look, forward it to your legal counsel, and ask them good questions to make sure you're structuring your partnerships properly, minimizing exposure. Read more →

A Wall Street Journal Blog, Market Watch, posted this Q&A with George Hamilton, the executive in charge of Dow Chemical's Olympics sponsorship. It's an interesting perspective on how Dow is using the investment for B2B, CSR, and PR purposes. Hamilton predicts $1 billion in incremental business from the partnership. Read more →

LinkedIn as a sales tool 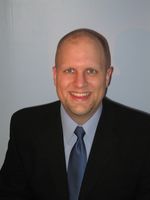 Robb Pardee I'll be joined by leadership coach and trainer Robb Pardee next week for a workshop in Philadelphia, presented by the Philadelphia Business Journal with promotional support by PANO. (Details and registration link here.) Robb will discuss using LinkedIn to Supercharge your Nonprofit, and I had the opportunity to ask Robb a few questions. Even if you're unable to attend, you'll readily see possibilities for your sponsorship relationship-building. Robb, tell us why are you so enthusiastic about LinkedIn. Part of my enthusiasm about LinkedIn comes from my own experience. LinkedIn has dramatically impacted my business and increased my exposure... Read more →

Beyond the Olympics: Why Niche Sponsorships are Gold - Forbes

While the world’s top athletes are competing for gold and glory at the 2012 Olympics in London, a small group of running and biking enthusiasts plan to get sweaty and slimy in another competition on August 12 in Boulder, Co. The Muddy Buddy “mud run,” is scheduled to take place as the Olympic games come to a close. via www.forbes.com If you think your company is too small to sponsor or, if you sell sponsorship and wonder if your event or cause has value, read this article. Where do you see opportunities? Read more →

NBC created an app so fans and followers could tune in in real time, space-time coordinates be damned. Cool idea, right? When you find the app on Apple's App Store, you might notice the user ratings and that they skew to the poor end of the rating scale, by about 2:1. The first version has 2,783 one-star reviews, with 1,252 five-star ratings. The new version, out since August 1, has a comparable ratio: 535 one-star vs. 309 five-star reviews. I don't know about you, but my curiosity was piqued. "Messy mess of nothingness." --upstatenyguy It seems like NBC launched the... Read more →