Lessons from the Flower Show

In my last post, I promised to report back on what I discovered at the Philadelphia International Flower Show, the theme for which was Hawaii. Apparently the show made changes to the layout since 2011, a year I did not attend. I, for one, found the new layout a little frustrating and chaotic, but the changes I want to address here have to do with sponsorship.

Subaru seems to have stepped up its role in the sponsorship hierarchy for the Flower Show and was one of only two companies to be really woven nicely into the main event. You couldn't not get that Subaru is a good car for your surfing, gardening, and landscaping needs. 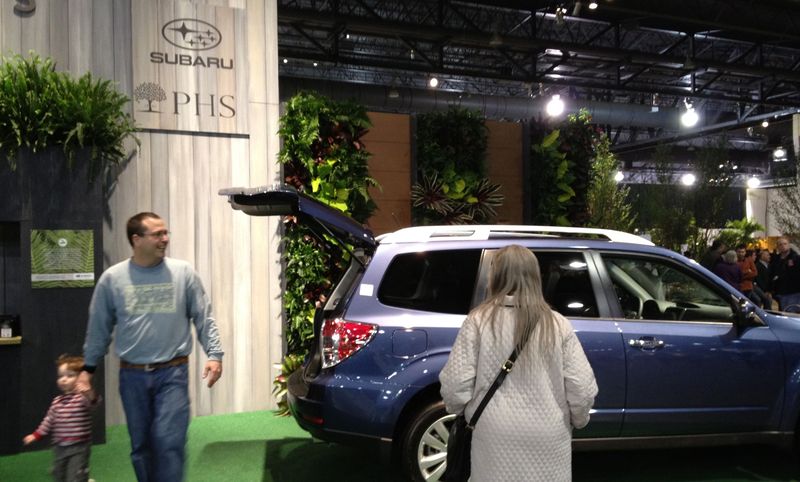 Other sponsors with consumer activation activities, which presumably had not committed commensurately, were placed along a hallway where attendees may or may not have noticed them, depending on which way they entered the show. (We would have missed the space entirely had I not been on the look out for sponsors.) I'm not saying it's good or bad. It's a leverage point for the Flower Show. If I were a sponsor, I'd want to know this. How many attendees did those hallway sponsors not interact with because they were in the hallway? 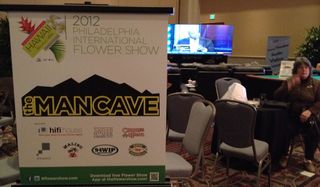 A change I liked conceptually (less so in practice) was the addition of The Mancave (and other sponsorsed spaces) created for men while their wives checked out the flowers. The name of the space is fun and presumably fills a need. It was sponsored by an audio-visual consumer product company, a sports talk radio station,a casino, a well-known pre- and post-sporting event restaurant with beloved Philly cheesesteaks and special French fries, among others.

The problem was in the execution. It felt more like a conference breakout space than a cool hang out for dudes. There were more women and strollers in the space when I was there, and I saw no sponsor activation at all, except for the passive flat screen TVs and the French fries. Here's hoping for Mancave evolution.

What did you think of this year's show?