Supporting the culture of China 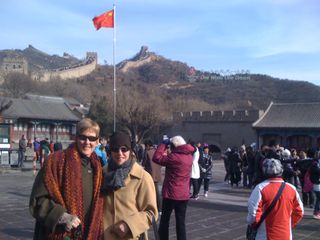 Like in the U.S., historic sites, museums, and other nonprofit organizations in China also are contending with a decrease in government funding and exploring ways to increase revenue from other sources, including corporate sponsorship. 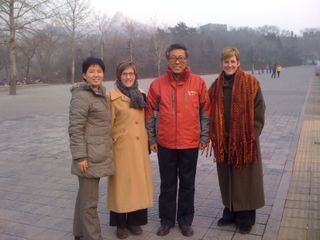 My friend and colleague from the New Orleans Jazz & Heritage Festival, Carrie Hood, who traveled with me to China joined us for a meeting with representatives from both the China Great Wall Society and the overseer for the Badaling section of the Great Wall, closest to Beijing.

We learned so much about the creative ways the China Great Wall Society is building visibility, support, engagement, and financial commitment for the needs of the Wall's preservation in our conversation with Dong Yaohui (second from right), Standing Vice-Chairman of the Society and considered one of China's foremost experts on the Great Wall. Corporate underwriting is not uncommon; sponsorship is newer in China. American Express supported Forbidden City, which is interesting since it seemed nearly impossible to use the American Express card in China. 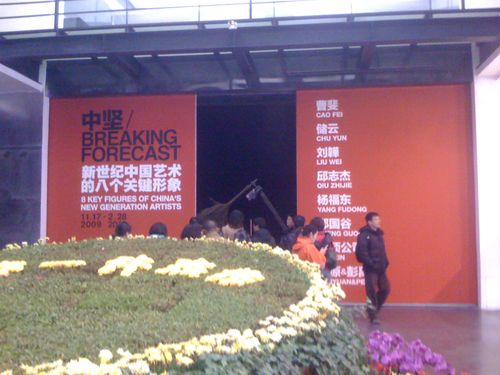 Moet Hennessy • Louis Vuitton supported this exhibition at UCCA in the 798 Arts District.

And of course Coca-Cola and McDonald's are featured prominently at Olympic Park. 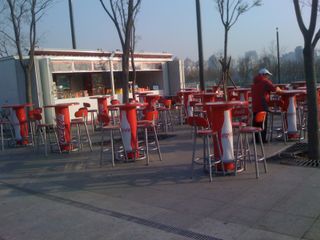 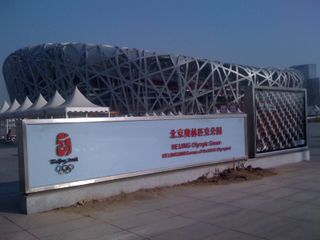 To me the options seem endless: Western companies are eager to expand into China. Chinese companies need brand building and recognition. Let the Games begin.